Camilla, Susie and Nina - the Peas in a Pod 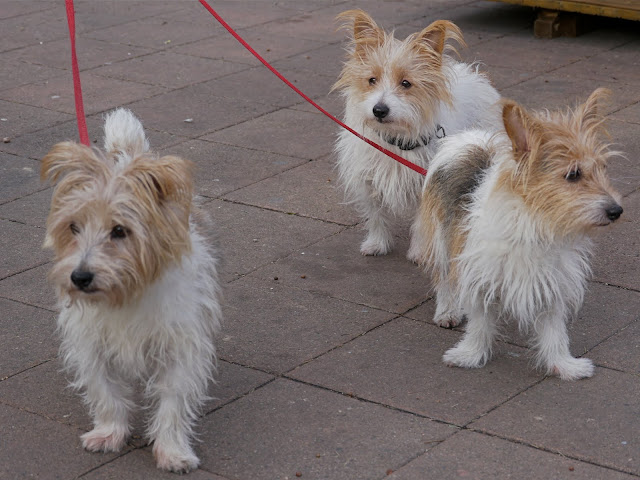 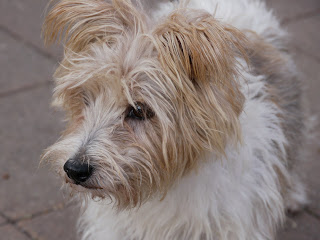 Aren't they alike? Like peas in a pod or Jack Russells in a litter. In fact they are mother and two daughters - not sure which is which although I'd imagine the mother is on the left. She's called Camilla and is ten and a half. The daughters are Susie and Nina and they are eight.

They were in Menton but in fact live in Turin.
Posted by Jilly at Saturday, January 16, 2010

When I see Glenda later today, I know I will hear about her visit to your site and this photo. Outstanding.

I didn't know there were long haired Jack Russels? My daughter used to raise them.
My first thought on seeing them. AWWWWWWWWWWW how cute!

If you saw them walking by while you were out having a great dinner in a cafe - you would think you have hit the wine a bit too much! LOL

They are just beautiful and so sweet looking.