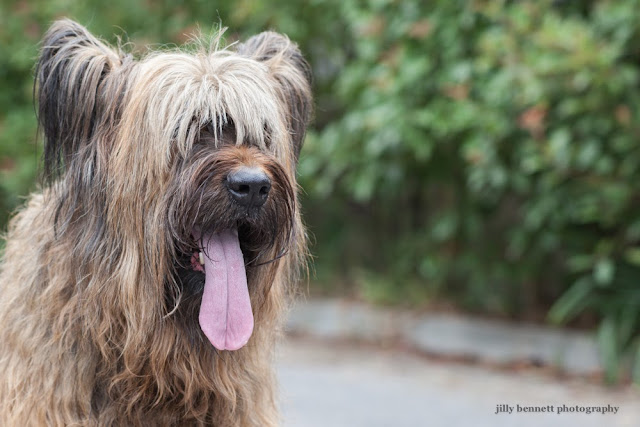 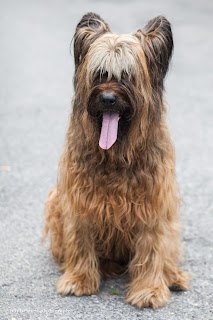 You don't see many Briards in the south of France. Perhaps because it's too hot. Surprising though because they are, after all, a French Shepherd Dog.

Meet Ulka. She's 10 years old and lives in Paris.  I met her in the medieval village of Gorbio. 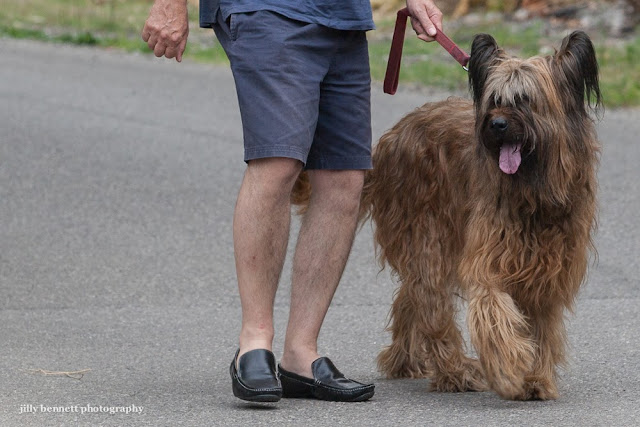 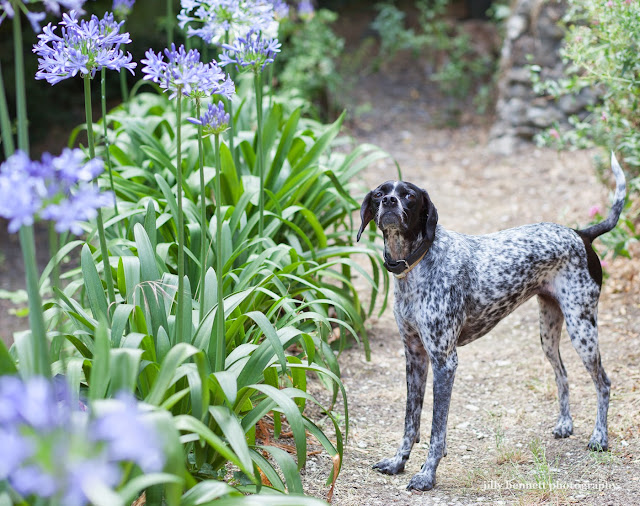 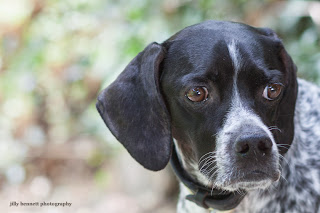 This is Tess, part pointer - giving me the dirtiest look because she doesn't want her photo taken - thank you very much!

We've met Tess before on Riviera Dogs - she was one of four puppies found in a plastic bag and thrown in a rubbish bin - aged one day!  A wonderful lady in the Var hand-reared them and eventually they all found great homes. 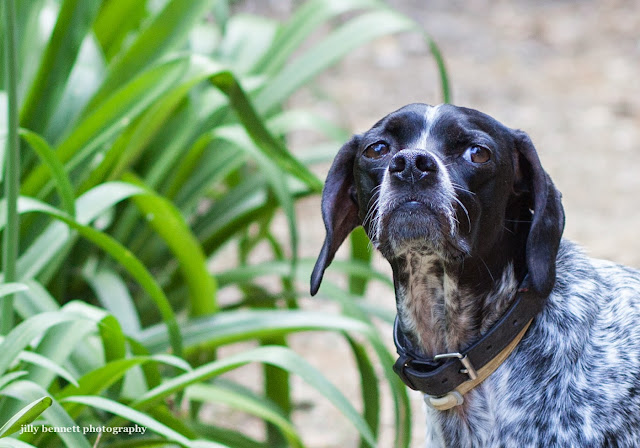 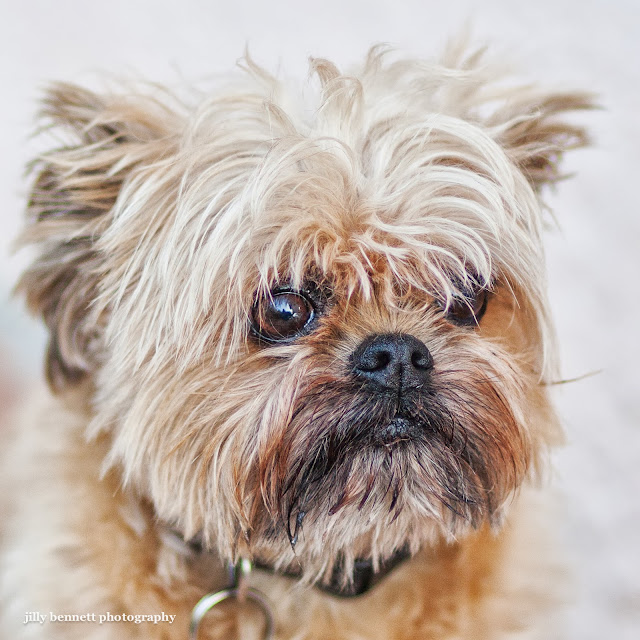 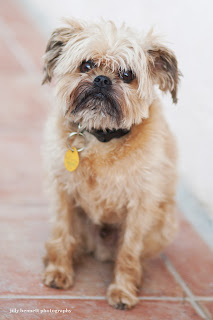 This is Charlie and he's one of the sweetest little dogs I've met. He's a Griffon Bruxellois or Brussels Griffon which is a breed of toy dog, named for their city of origin: Brussels, Belgium. The Griffon Bruxellois may refer to three different breeds, the Griffon Bruxellois, the Griffon Belge and the Petit Brabançon. Identical in standard except for coat and colour differences, in some standards they are considered varieties of the same breed.  You can see two of them HERE - photographed at the Monaco Dog Show. Sometimes they are called 'monkey dogs' presumably because of their cute expressions.

The little wire-haired dog in the foreground of the Jan van Eyck painting The Arnolfini Marriage is thought to be an early form of this breed.

Charlie is 10 years old, although you'd never know it and he lives in Monaco. Absolutely adorable. 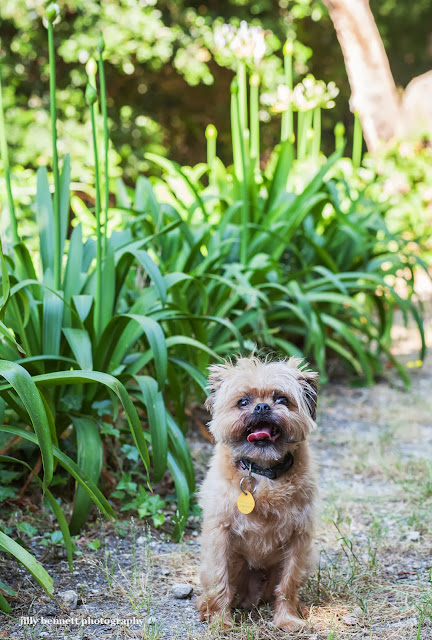 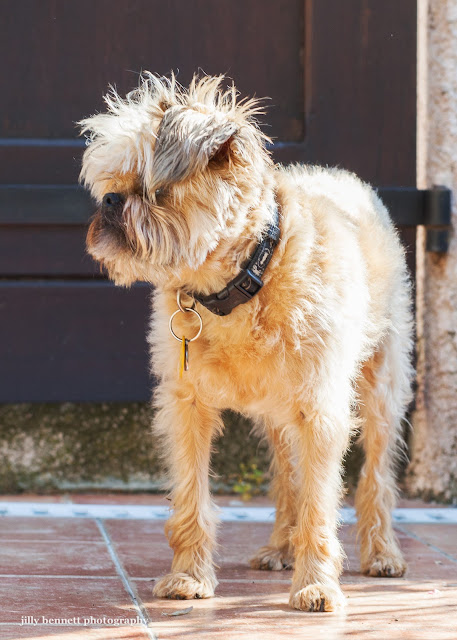 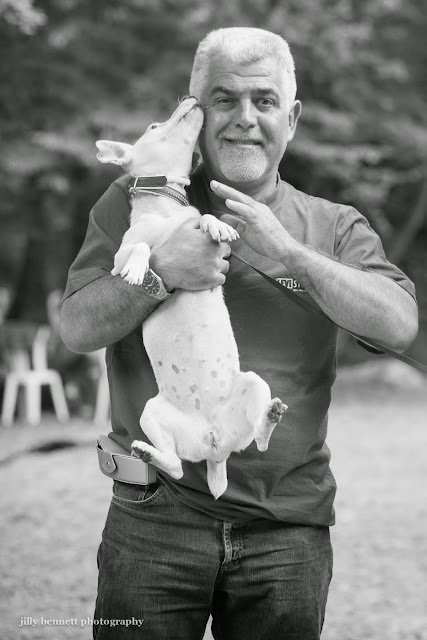 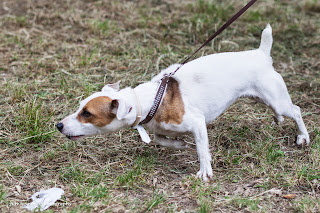 This squirming bundle of Jack Russell terrier was at the recent Mechoui in Gorbio village.  I don't know her name.

Here she has leapt into the arms of Fabrice, who was chatting to her owner who is out of the picture to the right and is holding her lead. 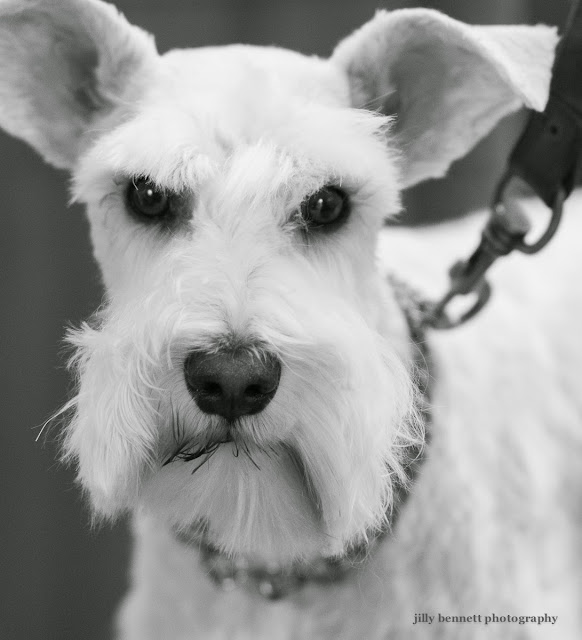 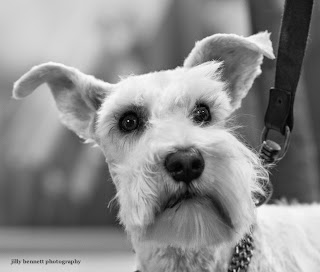 This lovely white Miniature Schnauzer is called Lola and lives in Monaco.  She was being groomed in a poodle parlour in Menton.Lola is 4 years old.

Miniature schnauzers come in four colours - black, salt-and-pepper, black-and-silver, and white.  I've never seen a white one before - have you? 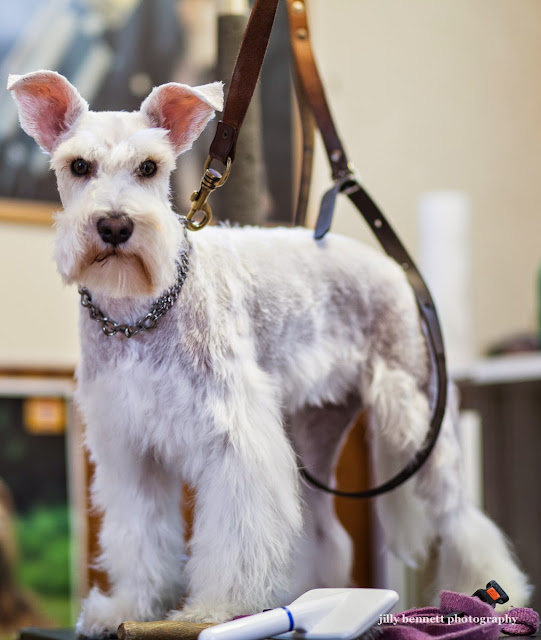 Thaina - the Lucky Dog from Thailand 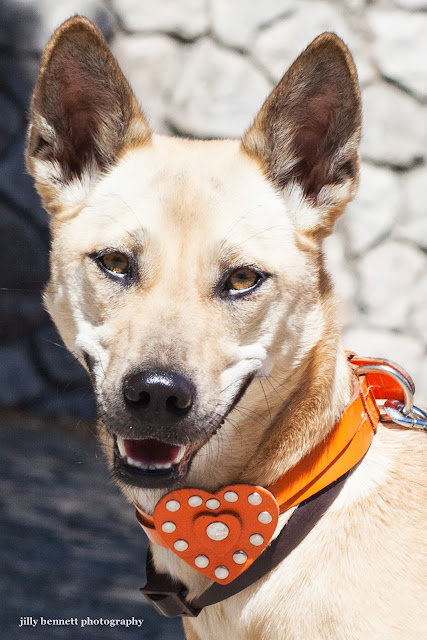 Meet Thaina.  She is a Thai dog and was run over by a car on the streets of Thailand when she was only a few months old.  Happily for her, she was taken to the vet by a young couple who arranged for her to be treated and eventually tatooed and vaccinated and then brought to France. She now lives in Menton. I photographed her in Gorbio where she was visiting her owner's mother who lives in the village. 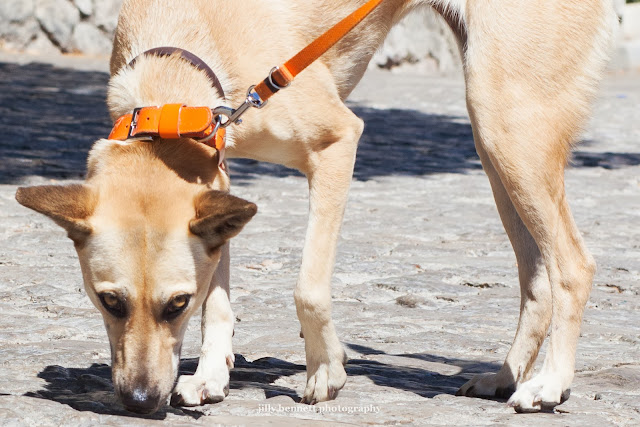 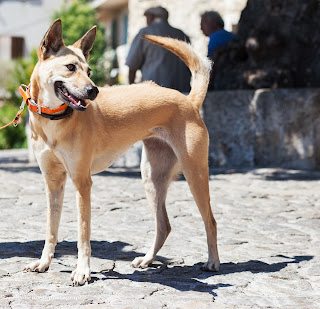 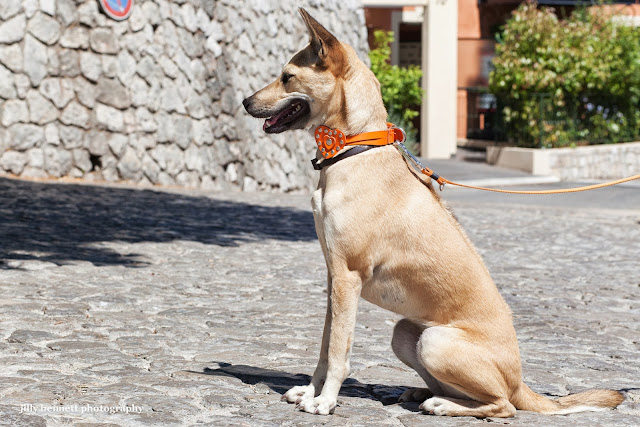