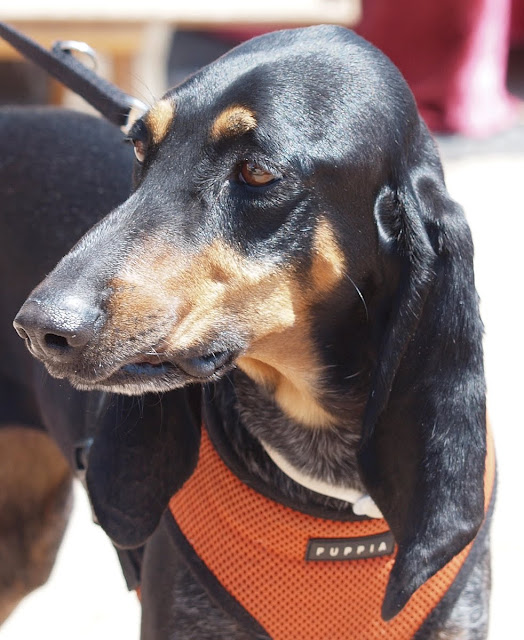 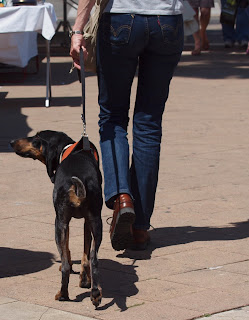 I did a double-take when this beautiful hound walked towards me on market day in Menton. She looks like a small version of my Beau, who is a Bruno de Jura.

Her owners told me she is a Lucerne Hound and I've included a photo of her walking with her owner to show that she really isn't that big a dog.

Her name is Fanny, she's 3 years old and lives in Vienna. 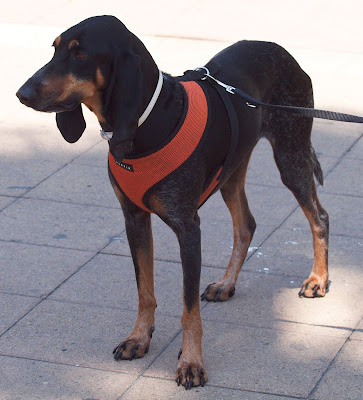 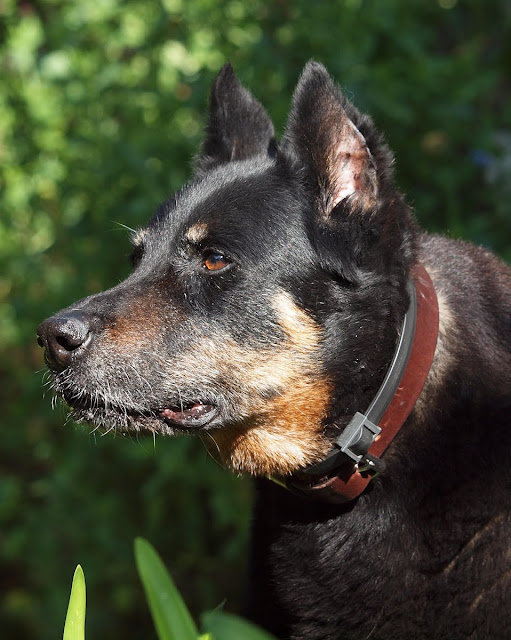 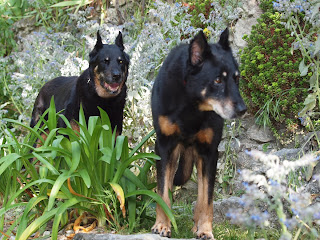 Pippa and Cassie are 12 year old Beauceron sisters who perhaps look fierce but are the gentlest creatures you can imagine. Just look at their kind eyes.

Beauceron is a French short-haired shepherding and guarding breed from the Brie region of France. These two are living out their old age in Monaco.

Pippa is in the main photo and Cassie in the one below. 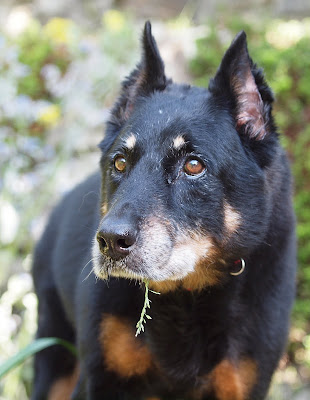 Tied up in Pink 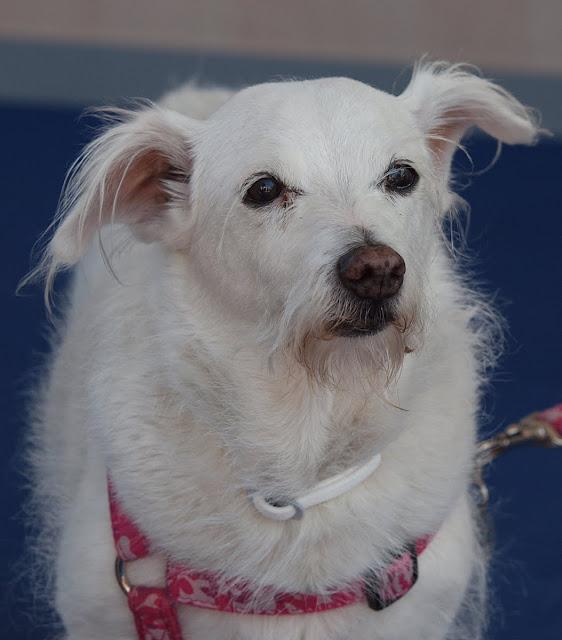 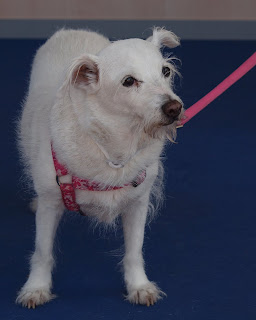 This little dog looks as if she should be the cute and clever mutt in a television advertisement...

Her lead was fixed to one of the stands at Garden Dreams, a garden fair below the Casino in Monaco. Her owner wasn't there and the lady in charge didn't know her name. All I know, according to the disc on her harness, is that she lives in Monte Carlo. 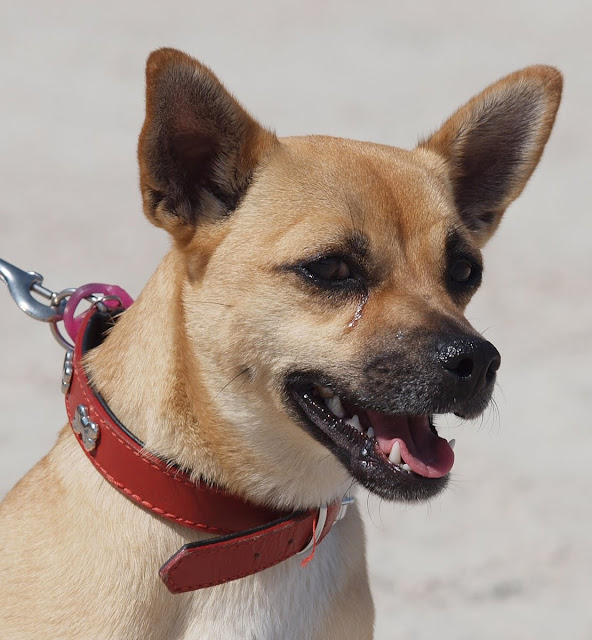 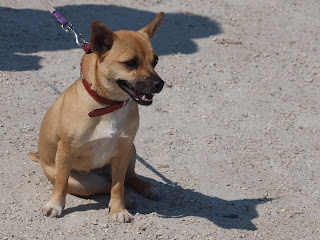 Perle wasn't at all sure about me, as you can see in the last photo (the one I took first) but she soon settled down and behaved like an angel.

Perle is two years old, was born in Poland, lives in Brussels and was on holiday in Menton, where I met her on the beach. 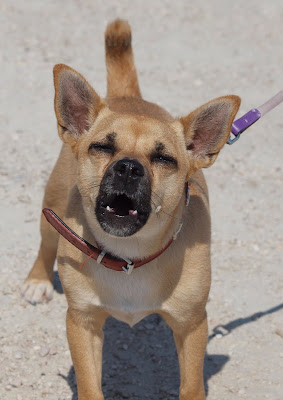 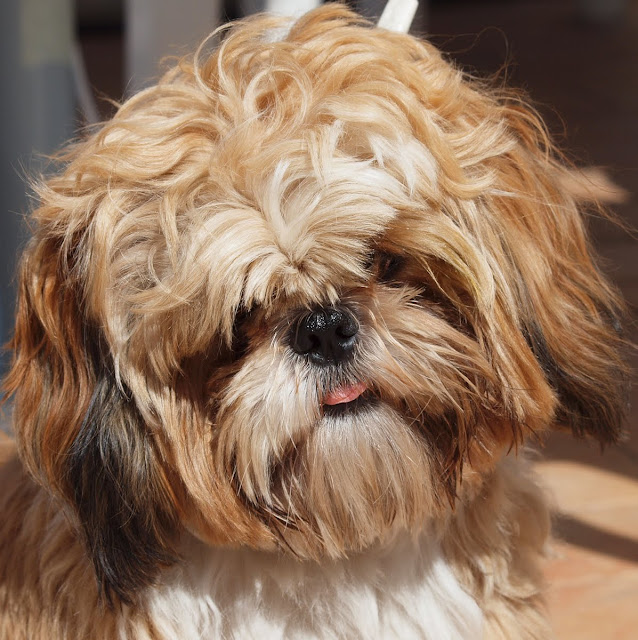 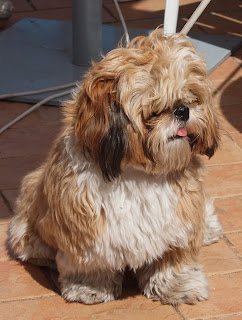 Ming Tchoko knows he's goodlooking, doesn't he? He has a certain swagger about him even though he's only 11 months old. Ming Tchoko (don't you love the name!) lives in Nice but was bred in Poland to prizewinning parents. I met him walking around Garden Dreams in Monaco. 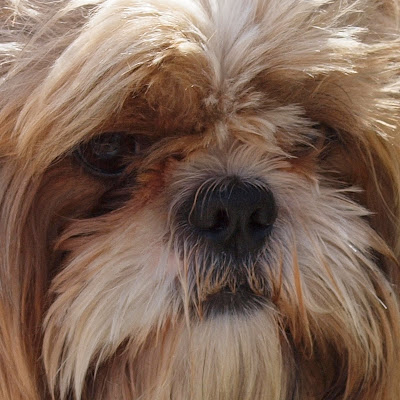 Chelsea - who loves the sunshine 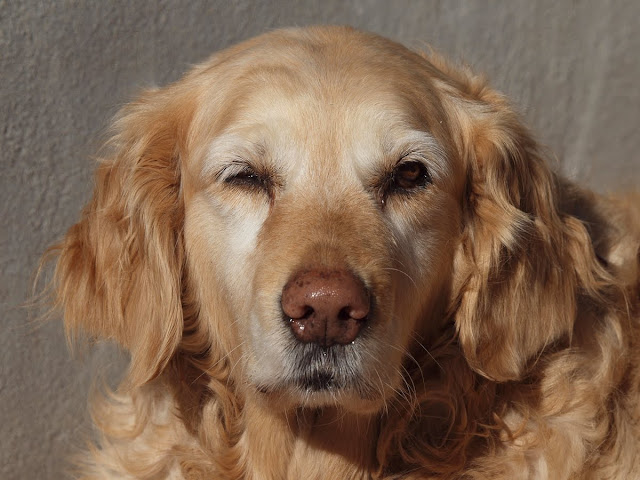 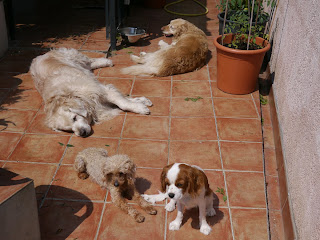 Chelsea would lie in the sun all day, given the chance and screw her eyes up against it, as you see.

She lives in Monaco with her buddy, Toby - also a Golden Retriever (see smaller photo) and although they are both 11 years old they play together like puppies.

In that same photo you can see Fanny (the abandoned poodle - doing pretty well) and Lizzy who you met a few days ago. 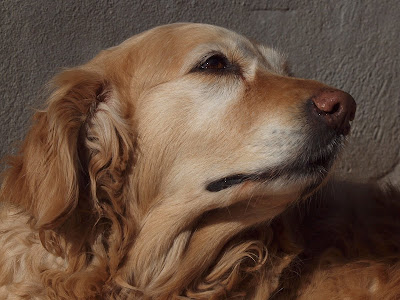 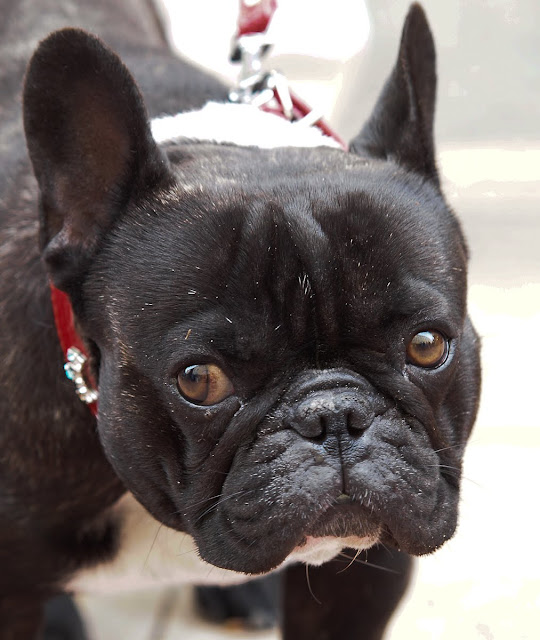 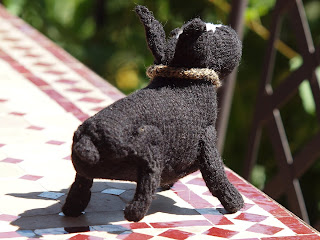 Today we have TWO French bulldogs for your delectation.

First, meet Gerome who is a two year old French bulldog from Milan. We met in Menton when the Brattcats were here.

Readers of Brattcat's Brattleboro blog or perhaps you saw the Brattcats' photo on my Menton Daily Photo blog, will know that recently she and Mr. Brattcat came to stay. And one of the gifts (too many!) she so kindly brought from Vermont was Brattdog, who is also a French bulldog. Brattcat had knitted Brattdog herself - a most impressive accomplishment to one who couldn't knit her way out of a paperbag or even into a scarf.

As Brattcat said - she had difficulty placing the ears and eyes. Perhaps they are a little too far back on the head so that Brattdog is forever looking skywards, waiting for manna (or perhaps a bone) to fall from heaven. And that he falls over because one leg doesn't quite reach the ground - well that's life and he has learned to live with it. He found a home on a wine rack, sleeping across a rather interesting Bordeaux, but it wasn't very comfortable (and in any case, I've drunk it), so now he sits on my desk - a treasured reminder of the lovely time we had when the adorable Brattcats came to stay.

And lest you should doubt that Brattdog is a real dog, look at Thandie, the dachshund - she knows the right end to sniff...even if she did knock him over to do it. 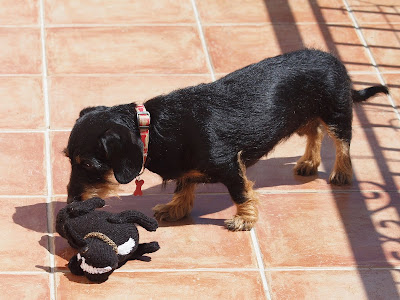