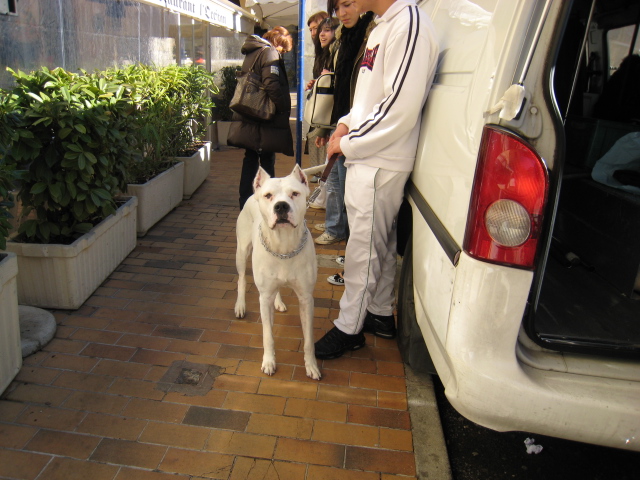 This Argentinian Mastiff has a great rapport with his young owner as he relaxes outside the l'Occitan restaurant in Menton. 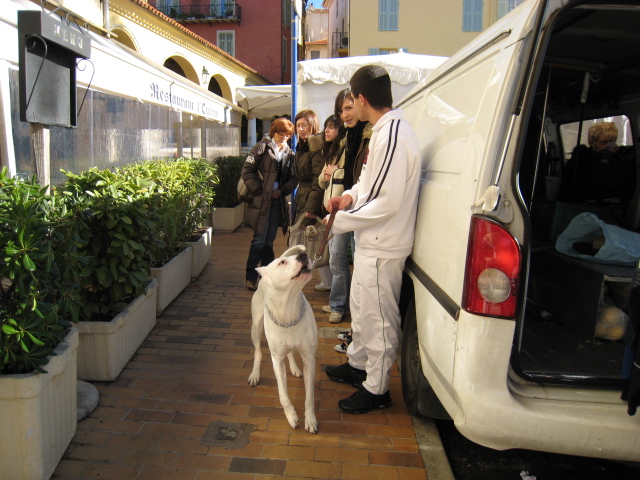 The Dogo Argentino was developed in Argentina by Dr. Martinez in the 1920's. He wanted a dog that was a good pack hunter as well as good with a family. He started with a now extinct mastiff-type breed called the Dog of Cordoba. He added Great Dane, Boxer, Bulldog, Bull Terrier, Great Pyrenees, Pointer, Irish Wolfhound and Dogue de Bordeaux. The resulting breed has been successful as a guide dog and in military and police work. However, it's not a breed for everyone and needs careful training. Unfortunately it is a breed that appealed to those who organise and enjoy dog fights and in Britain it appears in the banned list. Not so in France. 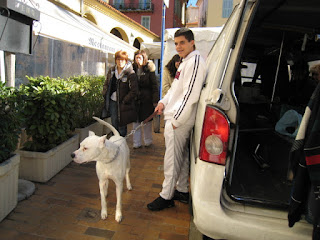 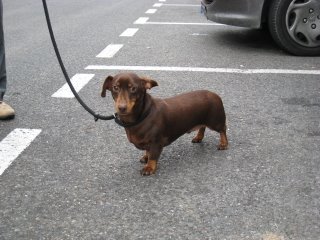 Jake was photographed in the car park opposite the marché in Menton. His charming Italian owner kept apologising for his wonky ear which, of course, is adorable. I took three photos and at the end his proud owner thanked me profusely. I thank him.
Posted by Jilly at Sunday, January 14, 2007 0 comments 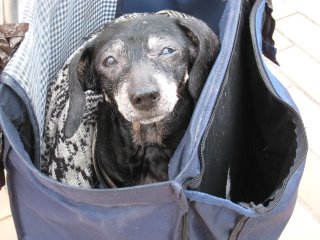 Ficelle - slim baguette in French - is a 17 year old nearly blind dachshund who is taken on walks in her owner's shopping trolley. 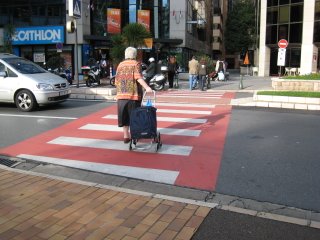 Crossing the road in Fontvielle, Monaco on the way to the Carrefour Centre Commercial. 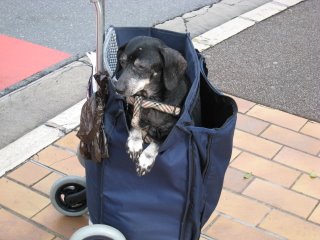 Her owner lifted her partly out of the trolley for this photo. So proud, she was, that her old friend was being photographed.
Posted by Jilly at Saturday, January 13, 2007 1 comments