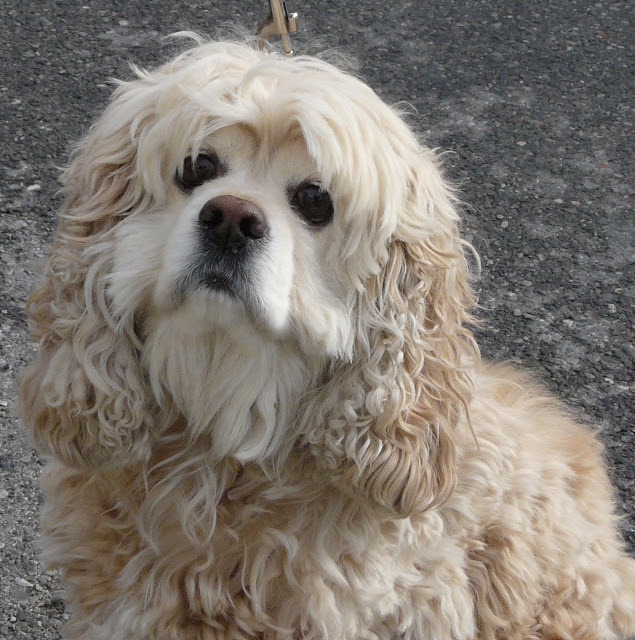 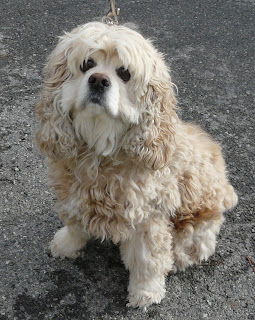 The larger photo looks as if it's simply a cropped version of the small one, doesn't it? But it's not. This adorable 7 year old American cocker spaniel didn't move - she was a scaredy cat as you see. Her owner, who lives in Menton, told me she's a very nervous dog.

The love of my life was an American cocker spaniel - Milou - so I've a very soft spot for this breed.

In America, it's the other way around. Tequila would be called a 'cocker spaniel' and the others are called English cocker spaniels. Confused?
Posted by Jilly at Wednesday, December 24, 2008

What a beautiful little face.

Hello!!!
Your blog is very funny.
I love dogs.
I have got a school blog and I`m collecting flags.
Can you visit my blog,please?