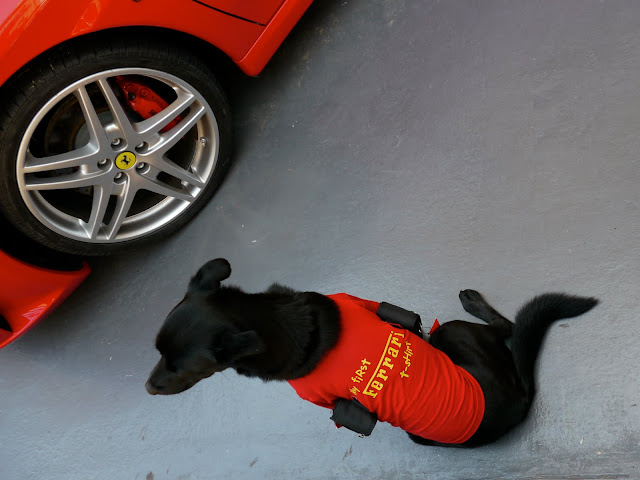 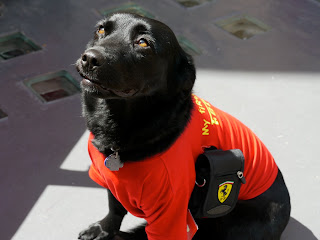 You might have noticed that yesterday was the Monaco Grand Prix when the world descends on the Principality. So no surprise this dog did too.

She's called Ebony and along with her Australian owner has been travelling around the world in a camper van for 3 years. She was rescued from the Washington State Shelter where she was one day from being euthanized. She's crossed the Atlantic 4 times so she's well up to wearing a Ferrari t-shirt and posing for admirers by the Ferraris on display in rue Princesse Caroline. 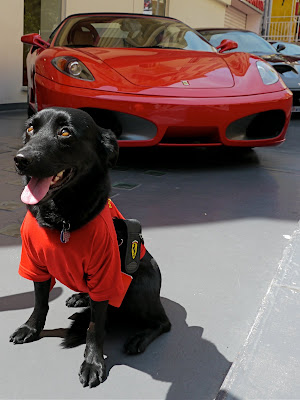 What a sweet face. She sounds like she has a very exciting life.

Julie's mother told me yesterday to make sure that I checked out this post. It is indeed wonderful.

So glad this happy pup has a good life now.Love the tee shirt!
V

I love the black/red combination. Very striking. Black labs should always be dressed in red! And a fabulous, expressive face in the last two photos.