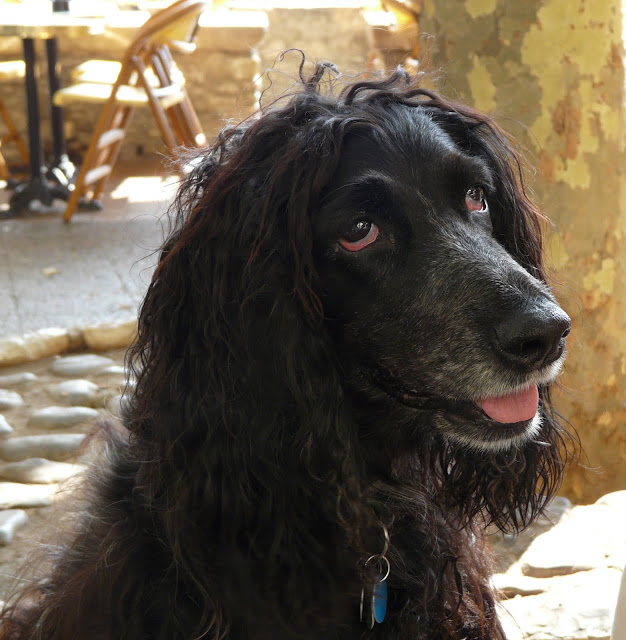 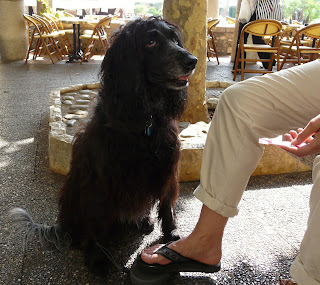 The only thing this dog, sitting here in Place aux Herbes in Menton, is interested in is his owner's ice-cream and eventually he got a cone as a reward for waiting - as he knew he would.

Snoat is 10 years old and was on holiday in Menton from his home in Holland. I didn't recognise him as being a specific breed, but he is - he's an Epagneul Bleu de Picardie which translated means a Picardy Blue Spaniel - a French hunting dog.

He knows how to melt his owners with those beautiful eyes, doesn't he? And the ice-cream... 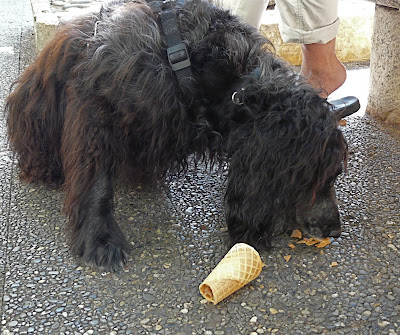 Do you think my husband would listen if I said I wanted a Picardy Blue Spaniel? I look sort of like that in the morning.
Beautiful shot BTW.

My goodness who could resist those eyes. Dogs have a knack for this.

Looks like his hair do, especially the ears, may have inspired some french royalty a few centuries ago...

His eyes look a tad bloodshot ? hope he hasn't been drinking too much lately...