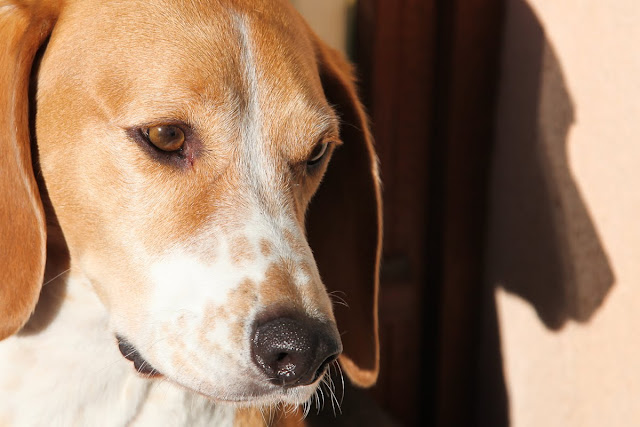 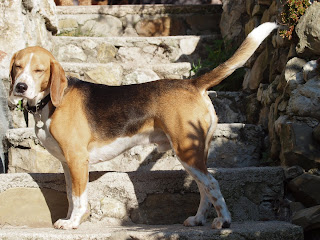 Meet Bruno, a beagle who has crammed a lot into his two and a half year old life.

When he was a puppy, he was found playing in
the Derwent Valley in Tasmania, Australia with his sister. The owners came and took his sister home but left Bruno in the Hobart Dogs' Home saying they could only afford to release one dog. They said they'd go back for him when they'd saved enough money to release him but they never did.

When Bruno was 8 months old he was given a new home by a super young couple, Amanda and Jason, who work on racing yachts. Bruno has been all around Australia and protected Amanda by chasing away dingos, snakes and wild boars. And he's met turtles, dolphins, kangaroos and whales. He's even been chased by a crocodile and survived.

In October, he and his family came to France where they live in Juan-les-Pins along the coast from here and since then he's travelled to Italy and Switzerland - where he loves the snow. His favourite hobby is chasing Amanda along the beach whilst she kiteboards.

And his favourite hobby at Pension Milou is chewing the other dogs' cushions! 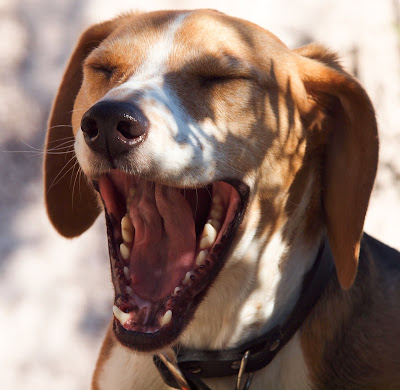 this post tugged a big smile out of my sleepy pre-breakfast brain. thank you, dear jilly.

Bruno has had quite the life, he needs a little rest.

I LOVE IT ! is a very nice dog

I am delighted to see a little beagle with some a handsome shape! thank goodness his owners keep him so fit!