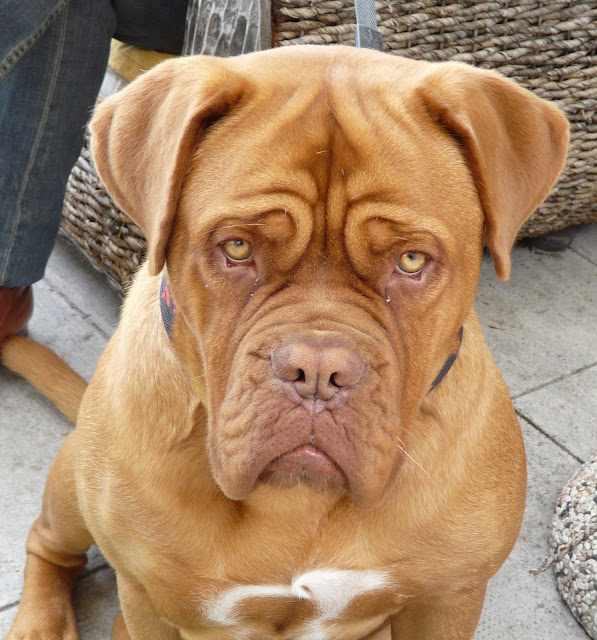 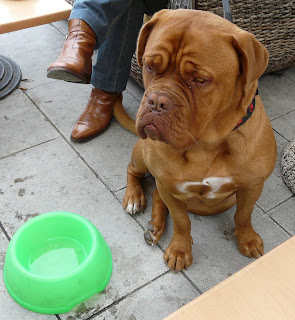 Emma looks so fierce, doesn't she? In fact, she's a total softie. She's big - I thought 'she' was a 'he' until his owner told me 'he' was called Emma. She's only 14 months old so isn't really much more than one big gorgeous puppy.

Emma, a beautiful Dogue de Bordeaux (one of the oldest French breeds) was in Menton having been exhibited that day at the San Remo show, just along the coast, in Italy. She lives near to Draguignan in the Var. See how she matches her owner's shoes! 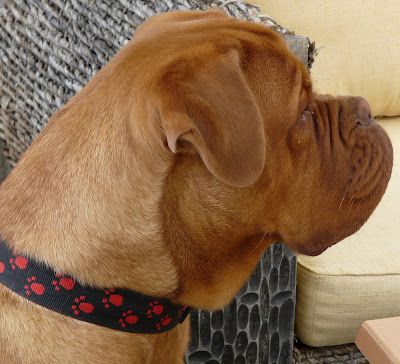 Me thinks Emma is just in a VERY BAD MOOD!

This is one of the most incredible faces I've ever seen. Emma is magnificent! I've only seen a picture of this breed once before on my "Dog-A-Day" calendar. Your picture is MUCH better.

Oh ! Yes, I remember perfectly well, Emma. I like her profile and her golden eyes like amber.

Emma is tres magnifique! Thanks for visiting the dog beach blog.

Her expression is almost human!