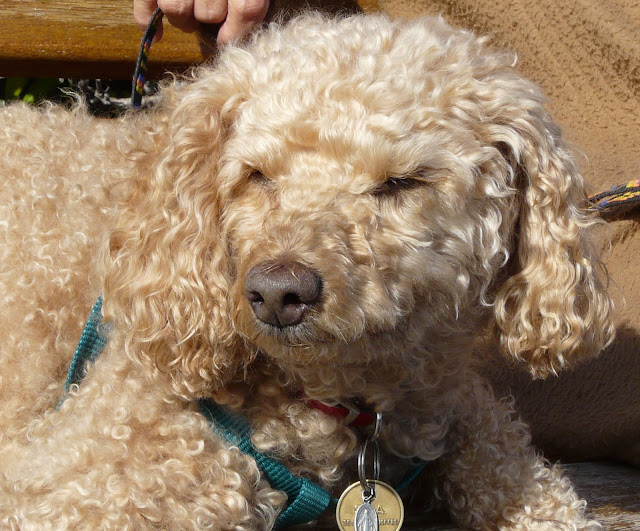 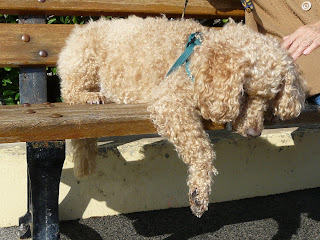 This is Gizmo, an 8 year old apricot poodle, given a home 6 months ago. Prior to that he'd been in the SPA refuge in Nice and now - as you see - basks in the sun on a bench alongside his new and forever owner at Cap Martin.

Note he wears the medallion from the SPA and also a St. Christopher (I think?) to protect him.

I heard President-elect Barack Obama talking about the new puppy he will be getting his daughters and said he'd like the dog to come from a shelter. I do hope that happens. T00 many puppies, as well as older dogs in refuges. We should always give unwanted dogs a home, where possible. There are so many of them.
Posted by Jilly at Saturday, November 08, 2008

I, too, hope that President-elect Obama gets a shelter dog. Hopefully, they can work it out what with allergies being a problem.

I love that gizmo has a St Christopher (?) medal. May his life now be so protected.
Pres. Obama should have a look at poodle rescues!

Shelter dogs are the best. If the Obamas get a rescue dog, I hope it starts a trend!