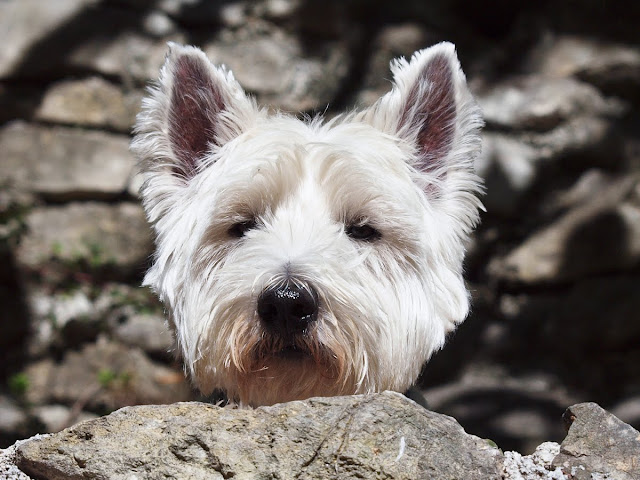 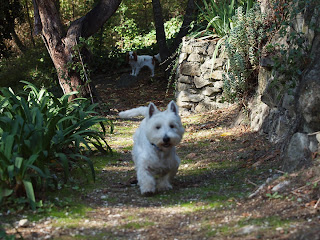 Ted, the Westie and Cilla, the Scottie, are saying at Pension Milou at the moment. When their owners first called I said 'No.' I love both breeds but have had bad experiences in the past with them being snappy with other dogs. So 'no' it was. Later, my vet called and asked if I'd reconsider and she confirmed they have wonderful temperaments - and goodness, they do. These two are angels.

They were bred in the UK, have been living in Las Vegas for a while but now they live in Monaco. We'll meet Ted's other half, Cilla, another time.

And how cute is Ted? That's Roxy, the Cavalier, in the background, by the way.

Oh what a precious portrait Jilly. I love them both. Give Ted a little treat from moi!
V

I concur! They are darling-- both of them! Veronique (French Girl in Seattle)

Ted is adorable. I guess the old saying is true, "you can't judge a book by it's cover"