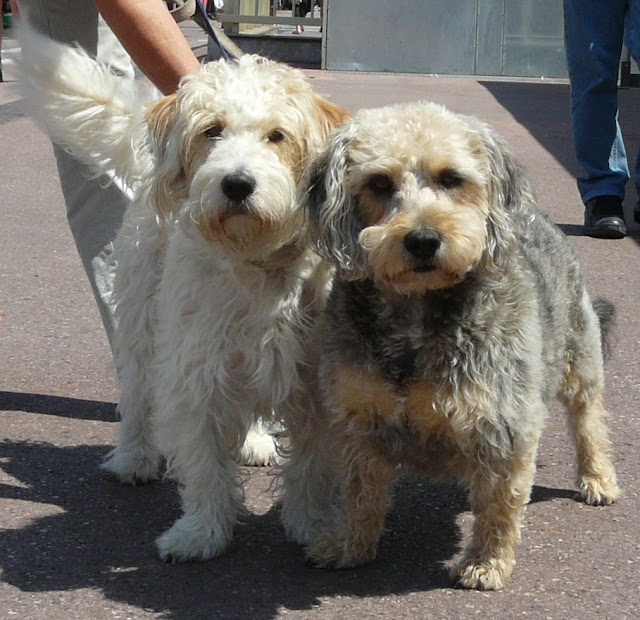 It'll be the Historique Grand Prix in Monaco this weekend and wandering around photographing the beautiful old cars, I came across these two lovely dogs. They have the most beautiful eyes and I wish the photo was slightly sharper - the sun was too strong for my camera setting. Perhaps I should say my camera setting wasn't right!

The pale one of the left is Yopi, a Petit Basset Griffon Vendeen who is two and a half. The other one, a mix, is Janus and he's 10. Both were found at SPA refuges in France and they live with their very nice Dutch owners in Monaco. They told me that Yopi can get very scared - suddenly scared - and it's probably because of something that occurred in his life earlier. Hopefully he'll grow out of it. He is a beautiful dog, wagging his tail at me - you'd not realise he can be so scared at times.
Posted by Jilly at Friday, May 09, 2008

What a lovely story Jilly and I do hope Yopi can calm down .