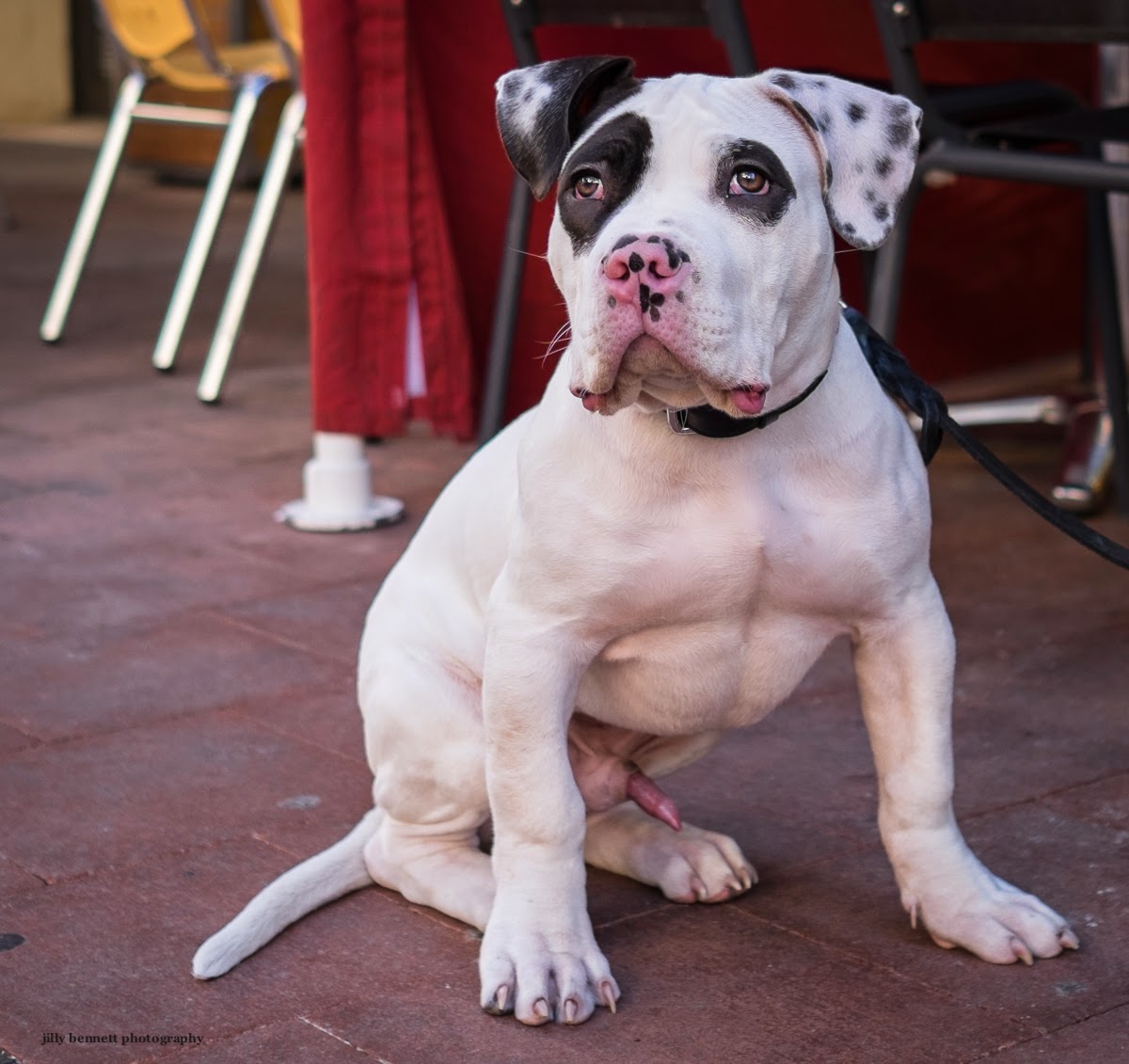 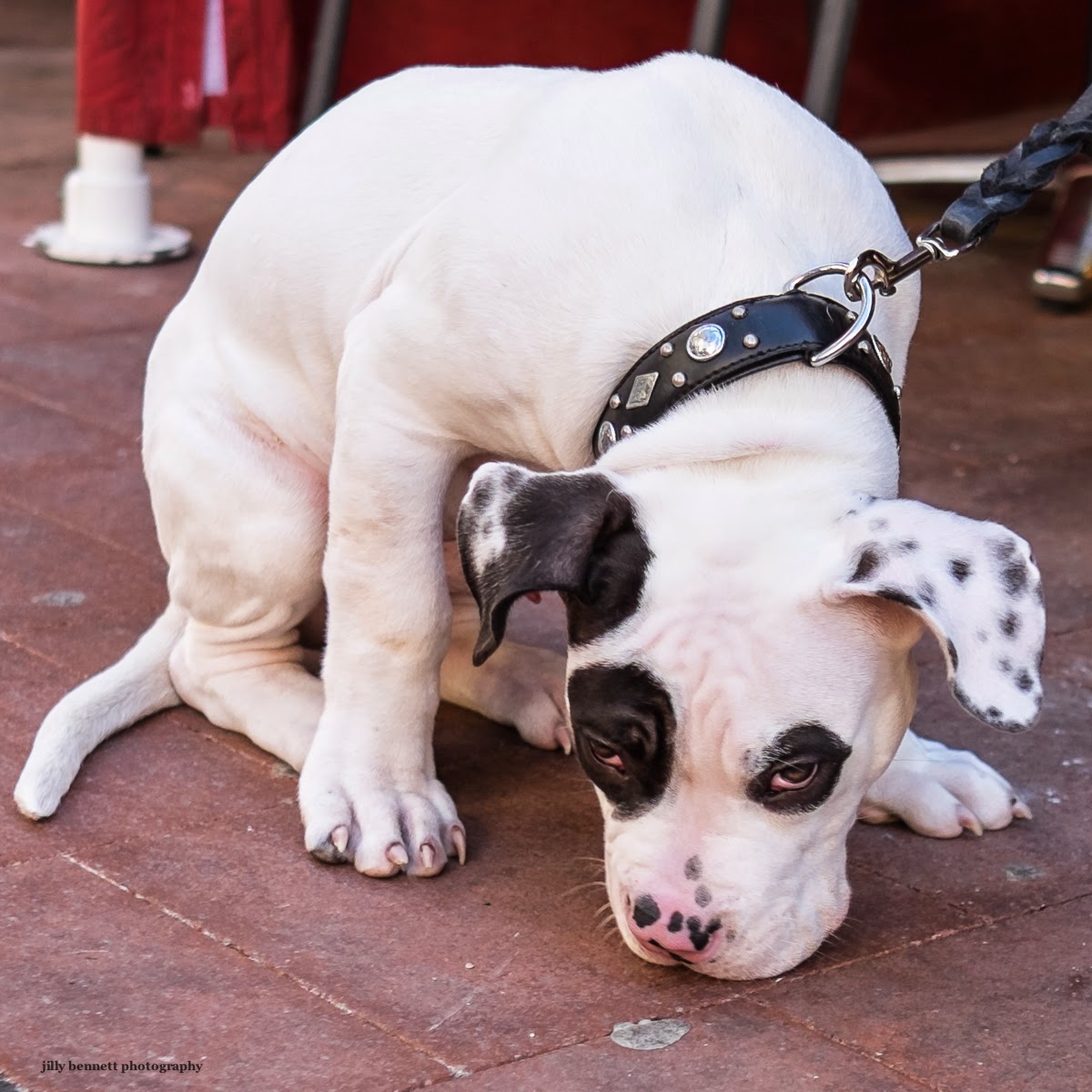 This is Loki - only four months old. I met him in Menton where he lives.  His owners told me he is an American Bully, a breed that isn't yet registered in France.

I thought he must have American Pitbull in him, but his proud owners tell me the breed is a cross between a Staffordshire Bull Terrier and an American Bulldog.  There's a lot of information on line and it's a little confusing on this.

There is a kennel for this breed in the Herault region of France who breed small, medium and large varieties of the American Bully.

Had to laugh for a number of different reasons. Loki certainly is not very modest, is he?! I am also amused by his name, which is a Norwegian myth, the God of Mischief, a strange moniker for this breed. My very favorite dog was a Norwegian Elkhound named Loki, and I miss him to this day!!

T his is a popular breed in Arizona.

I wonder if he's as mischevious as his namesake.

I am not sure its a noted breed in Australia either??

wow beautiful dog,... love his coat and skin. What do you feed him?