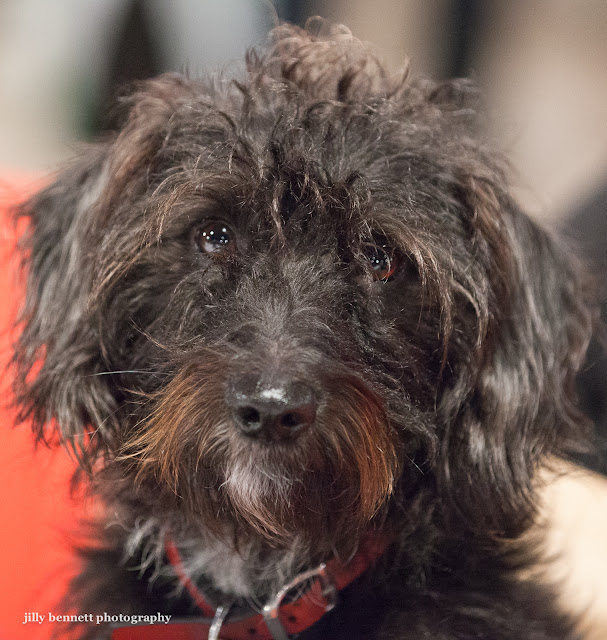 How adorable is this little boy!  He's a mix between a poodle and a Jack Russell terrier and is called Croque-Monsieur.  He's two years old and lives in Antibes although I met him at the Kermesse in Monaco yesterday.

A croque monsieur is a ham and cheese grilled sandwich which originated in French cafés and bars. He's so-called because his owner likes to eat them!

Two years ago at the Kermesse, (church and charity bazaar) someone had pinned a piece of paper on a pillar advertising pups for sale - with a photograph. Jenny, his owner read the sign ... one of those pups was Croque-Monsieur.
Posted by Jilly at Sunday, December 02, 2012

I just want to give him a big hug! Super cute!

Reminds me a bit of Toto from the Wizard of Oz!