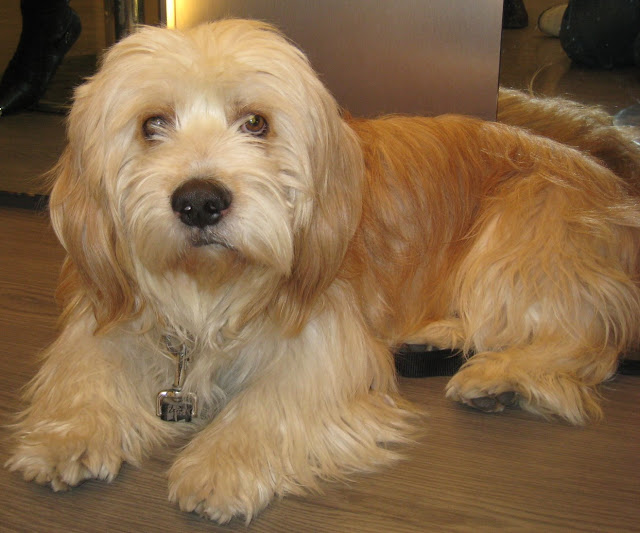 Meet Gigi. I met him whilst having a haircut in Menton the other day. He sat patiently by his owner's chair. I thought he was a Petit Basset Griffon Vendeen but his owner tells me he is a cross between a PBGV and a Griffon Vendeen. Nevertheless, considering his size, I've listed him as the former - as I had to make the choice between one or the other. Gigi is 3 years old and lives in Menton.

I lay on the floor to get this shot and when Isabelle, who cuts my hair, went to help me up, Gigi snapped at her (missed!) - not because he is nasty but because he mistakenly thought she was attacking me. We all need to be dog psychiatrists, don't we?

How sweet! I love dogs...guess that was one of the reasons I included this blog with the other two...Have a great week-end!!!

My Gigi has been known to snap at other dogs. Luckily not people.

She has a sweet face but don't mess with Gigi! LOL